Play in a Fantasizr League 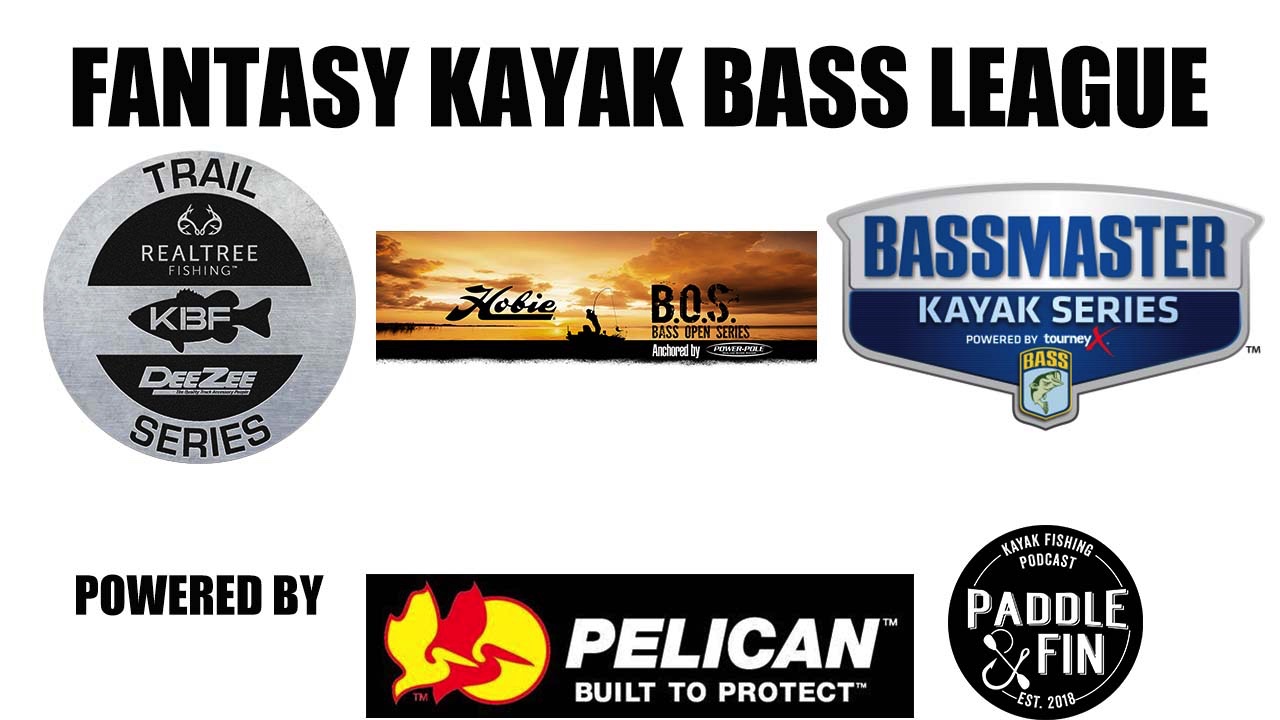 Competitive Kayak Bass Fishing has been nearly standardized across the kayak fishing world. If your new to the scene, the basics are as follows. Anglers fish out of kayaks and score their best 5 bass for the day. Bass are scored by measuring them (inches) on a Ketch measuring board, and submitting them to the tournament organization via smart phone photo. There are 3 major tournament leagues, Hobie Bass Open Series (BOS). Kayak Bass Fishing (KBF) Trail Series, and the B.A.S.S Nation Kayak Series (Bassmaster).

Welcome back to another year of Fantasy Kayak Fishing!

We've got some big changes to the Fantasy Game for 2022!

Created in 2020 by River Bassin's Drew Gregory & Kenmorris, now run by Paddle N Fin Podcast. This is a fantasy game meant to promote all top national level kayak bass fishing tournament trails, and their anglers. This game is also to give the fans, anglers, and communities a chance to following along and make these elite level events more interesting. Be sure to download the Fantasizr app to follow along even easier.